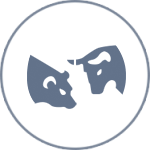 We seek to buy growing, profitable, and well-capitalized businesses at reasonable prices. The habit of relating quality to value is central to the WCA equity investing process. 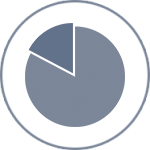 A comprehensive suite of asset allocation portfolios focused on matching investment objectives with risk tolerance. Both passive and active strategies are offered. 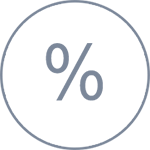 This portfolio seeks to generate a stream of income from a portfolio of 30 investment-grade corporate bonds. The portfolio is constructed as a “ladder” with maturities spanning 10 years.

Investors have done well to heed Marty Zweig’s advice “Don’t fight the Fed” since he published his 1970 book, Winning on Wall Street. The idea has generally stood the test of time. The most recent two major recessions and market declines, those in 2000-2002 and again in 2007-2008, were preceded by Federal Reserve (Fed) policy tightening. So too were the recessions and bear markets of 1973-1974, 1980-1982, and 1991-1992. The 1987 market crash was, likewise, preceded by rising rates. In each case, efforts by the Fed to rein in inflation via tighter monetary policy proved effective in fighting inflation, but…

We critique existing “style” investing frameworks as popularized in various “value” and “growth” indices. We cite three critical problems with how the indices are constructed, and discuss risks that come with overly strict adherence thereupon. Lastly, we offer an alternative framework as a potentially better way to think about investments.

The economy is either in recession or booming. This is what the headlines are telling us each week. So, against this muddled stream of seemingly conflicting and contradictory information, we look for signs regarding which way we are headed. Consider the following evidence for the “recession” case and the “boom” case.