Washington Crossing Advisors, LLC (WCA) is registered as an investment adviser with the Securities and Exchange Commission. WCA is a wholly-owned subsidiary of Stifel Financial Corp., a financial services holding company whose stock is publicly-traded on the New York Stock Exchange under the symbol SF. The WCA team has been successful in helping individual and institutional investors build wealth for over 25 years.

Mr. Caron serves as a Senior Portfolio Manager and co-founder of Washington Crossing Advisors. Kevin’s experience as an analyst, strategist, and portfolio manager spans more than 25 years. Kevin is a popular speaker on markets and economy-related issues and comments regularly for a variety of local and nationally syndicated media outlets.  Such outlets include CNBC, PBS, Fox Business, Bloomberg, The Wall Street Journal, Reuters, Forbes, CBS Radio, and Dow Jones.

Kevin began his career as a research associate at Gruntal & Company in 1992 as a sell-side research associate covering electric utilities. In 1994, he joined Sterling Advisors, an investment advisory unit of Gruntal & Co., as an analyst.  In 1997, Kevin left Sterling to help form Gruntal’s strategy team as a market strategist.  In this role he was instrumental in developing and communicating the firm’s views on the economy and financial markets.

Kevin earned his Bachelor’s of Science degree in Economics from Seton Hall University in 1991.  He is a CFA charterholder and is a member of the New York Society of Securities Analysts.  Kevin lives in Chatham, NJ, with his wife, Tara, and their two children.

Mr. Morganlander serves as a Senior Portfolio Manager and co-founder of Washington Crossing Advisors. He shares responsibility as Co-portfolio manager across each of the group’s investment advisory programs. Mr. Morganlander has held several investment advisory and analyst positions for Stifel and predecessor firms, including Ryan, Beck & Company and Gruntal & Company. He began his career in 1992 at Lehman Brothers.

Mr. Morganlander graduated from Ramapo College, where he received his Bachelor of Arts Degree in International Business.

Mr. Battipaglia serves as a Portfolio Manager for Washington Crossing Advisors. In addition to co-managing portfolios across each of the group’s investment advisory programs, Mr. Battipaglia also supports the group’s trading and marketing efforts.

Mr. Battipaglia began his career in 2005 as an Operations Analyst at SEI Investments Company. In 2007, Mr. Battipaglia was hired by Janney Montgomery Scott to help start the Cost Basis/Tax Reporting department. He was hired by Washington Crossing Advisors in 2011.

In 2005, Mr. Battipaglia earned his Bachelor of Arts Degree in Economics from Dartmouth College and, in 2011, earned his Master of Business Administration from Drexel University. He holds the series 65 license.

Matthew lives in Doylestown, PA, with his wife, Kelly, and their daughters.

Steve was a longstanding member of the Education Committee of GARP, which awards the Financial Risk Manager (FRM) designation. He is an advisory board member, contributor and top reviewer for The Journal of Performance Measurement. Steve has been a frequent speaker at industry conferences and is a former Director at CFA Society NY where he has taught courses for CFA exam preparation. He has served as a subject matter expert on stress testing for regulatory purposes and a manuscript reviewer for textbooks on data science and applied financial statistics. Steve has a BA from Rutgers and an MBA from Stern School of Business. He holds series 7 and series 63 licenses.

Suzanne Ashley serves as a junior analyst for Washington Crossing Advisors, an in-house advisory program offered through Stifel’s private client group, running the sales and marketing effort for the financial advisors at Stifel.

Suzanne began her career in 1988 at Manufacturers’ Hanover Trust Co. in New York City as a corporate trust officer which then led to an Institutional Fixed Income sales position at Chase Securities Inc.

Suzanne graduated from Boston College in 1988 with a Bachelor of Arts Degree in Economics and Philosophy.

Suzanne lives in Verona, NJ with her three daughters.

Rick Marrone joined WCA in 2020 as a Director of Fixed Income Strategies and Senior Portfolio Manager. Prior to joining WCA Rick served as Director of Fixed Income Strategies and Senior Portfolio Manager at Ziegler Capital Management, LLC (”ZCM”) from 2015 to 2020. Prior to ZCM, Rick was a Portfolio Manager for Thomas Weisel Capital Management (“TWCM”) from 2011 to 2015. Prior to joining TWCM, Rick was a Vice President- Middle Market Sales at Advisors Asset Management from 2010 to 2011.  Prior to AAM, Rick was a Director and Senior Vice President managing municipal funds at Evergreen Investments, earning three Lipper awards for #1 Municipal Bond Fund for three different funds in 2001, 2005 and for the three years ending 2006, while also overseeing 27 investment professional managing over $20 billion in mutual fund assets from 1993 to 2008. Prior to that he served as a Senior Fund Manager at Woodbridge Capital Management from 1982 to 1993. Rick has 38 years of experience managing fixed income separately managed accounts and mutual funds.

Rick received his M.B.A. from Wayne State University and his B.A. in Managerial Economics and Finance from the University of Michigan.

Paul earned his B.S. in Business Administration and Finance from the University of Colorado, and is a CFA® charterholder and a member of the CFA Society of San Francisco and the CFA Institute.  Paul lives in Marin County, CA, with his wife, Lauren, and their daughter.

Eric Needham joined WCA in 2020 as Director of Sales and Marketing. Prior to joining WCA, he was Director of Sales and Marketing for the Central United States at Ziegler Capital Management, LLC (“ZCM”) from 2015 to 2020. Prior to joining ZCM in 2015, Eric held similar roles at Keeley Asset Management and DWS Investments. Eric is currently responsible for business development and client service within the Broker/Dealer, RIA, and Family Office communities. He has over 13 years of experience in the investment management industry.

Eric graduated from University of Northern Colorado with a degree in Business Finance and a minor in Computer Information Systems. Eric lives in Chicago with his wife, Luanne, and their daughter. 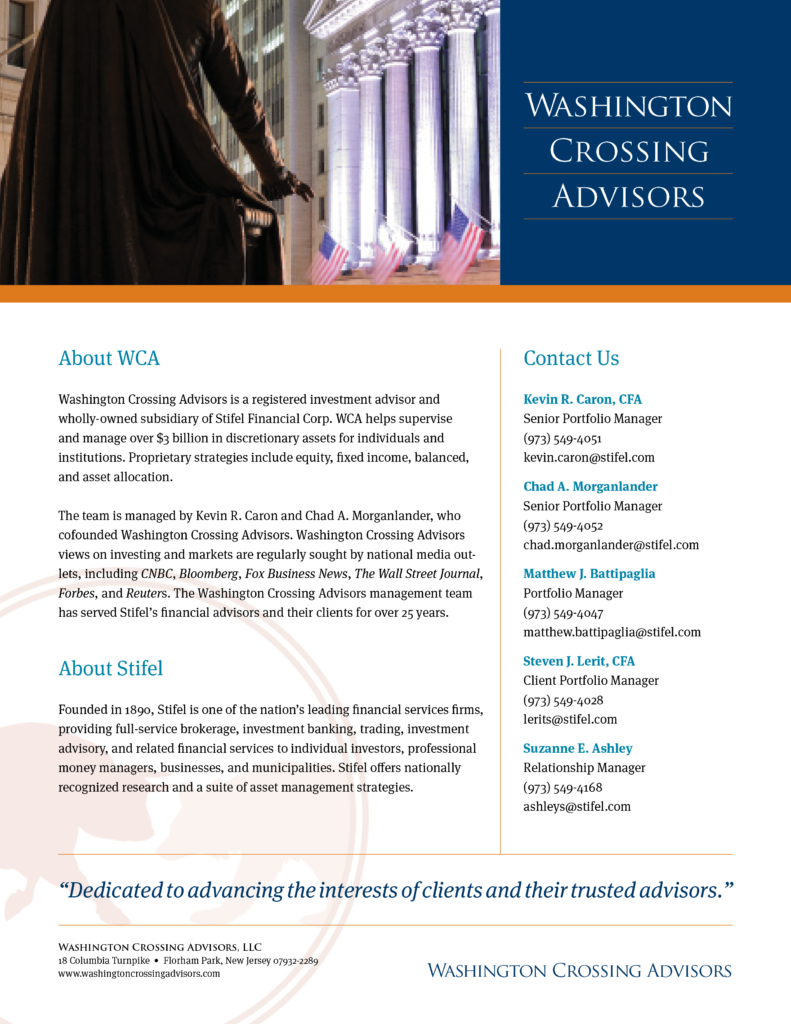