Trade War — Who Holds the Cards?

The U.S. – China trade war is taking a toll on both countries. United States manufacturing contracted somewhat in August, based on a survey from the Institute of Supply Management. Meanwhile, China reported a 16% slump in exports to the United States in August from a year ago. The trade war escalated last month as Washington announced a further 15% tariff on many Chinese goods from September, and China responded with reciprocal tariffs and currency devaluation.

We are not fans of trade protectionism. Tariffs and currency wars distort economic processes away from market solutions.  Consumers who buy the import-competing goods suffer losses in real income due to tariffs or currency devaluation. But it is not true that everybody loses in a trade war. There are always winners and losers.

It is relatively easy to see who wins and who loses when tariffs are imposed. Governments get revenue from tariffs and producers of import-competing goods get an advantage. Manufacturers and workers in advantaged countries and industries like the extra revenue and jobs that tend to follow tariffs and currency devaluation. Tariffs and devaluations are the bargaining chips used with other nations who try keep our goods out of their countries for their own protectionist reasons, and vice versa.

Trade deficit countries, not trade surplus countries, often end up with a better outcome in a trade fight. The United States in the 1930s and Japan in the 1990s were both running large surpluses when trade tensions arose. The United States’ economy collapsed in the 1930s and Japan’s economy has grappled with debilitating malaise since the early 1990s. In both cases, it was the world’s dominant surplus running countries that suffered the most. 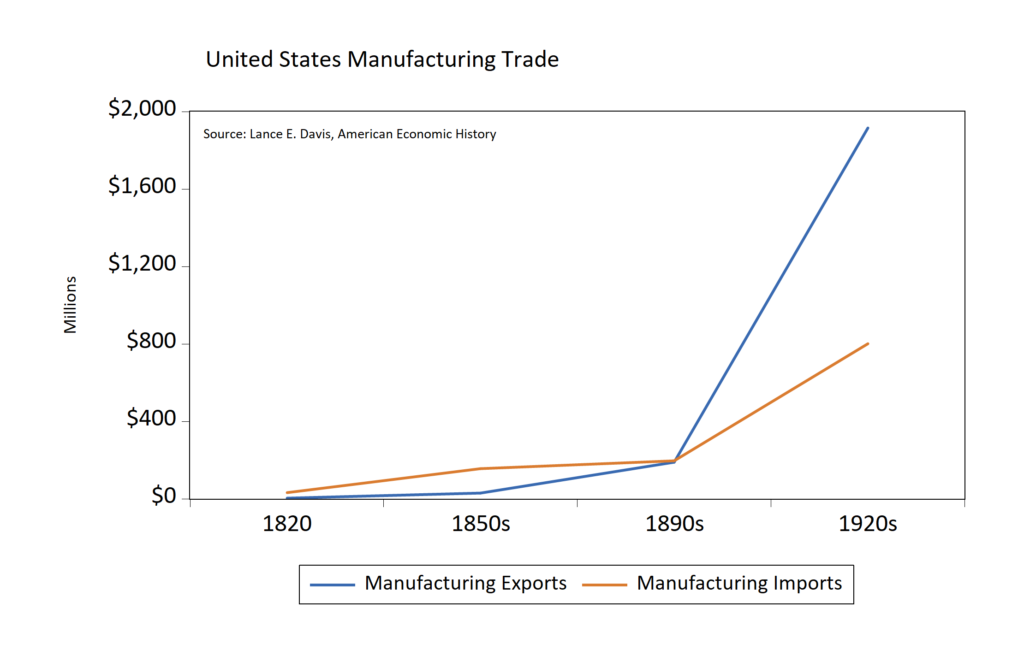 All countries are working hard to capture a larger share of slower growing global demand. Tariffs, devaluations, and regulations like local content requirements are all tactics used to this end. China has been a large importer of scarce global demand in recent decades but this process has culminated in slower growth, more debt, and lower employment for the United States. The United States, the trade deficit nation, has exported excess demand to China, to augment their own clearly deficient domestic demand. However, United States willingness to continue filling this role with China has waned over the years, especially after the financial crisis.

Trade conflict is not new. History is full of examples of times when nations sought to put their own national interests first. Contrary to popular belief, the deficit nations tended to fare better than surplus countries during protectionist periods. This is not to say that the best solution is protectionism, but it does suggest that surplus countries such as China, Germany, and other surplus nations may suffer more than the United States should trade tensions, tariffs, and competitive devaluations persist. Unwinding trade imbalances are painful for all, but history shows it can be especially painful for the surplus nations — an outcome that seems unintuitive given the tendency for us to relate “surplus” with “good behavior” or “virtue.” The facts simply do not support the idea that such “virtue” is rewarded in a trade war.

When considering international exposure in portfolios, we wish to take into account the relative impact of trade war on deficit versus surplus nations. While surplus nations may seem to have the upper hand, there is reason to be doubtful. History has shown that deficit countries like the United States, not surplus countries, tend to hold most of the cards as imbalances are worked out.

WCA Fundamental Conditions Barometer Description: We regularly assess changes in fundamental conditions to help guide near-term asset allocation decisions. The analysis incorporates approximately 30 forward-looking indicators in categories ranging from Credit and Capital Markets to U.S. Economic Conditions and Foreign Conditions. From each category of data, we create three diffusion-style sub-indices that measure the trends in the underlying data. Sustained improvement that is spread across a wide variety of observations will produce index readings above 50 (potentially favoring stocks), while readings below 50 would indicate potential deterioration (potentially favoring bonds). The WCA Fundamental Conditions Index combines the three underlying categories into a single summary measure. This measure can be thought of as a “barometer” for changes in fundamental conditions.

Asset allocation and diversification do not ensure a profit and may not protect against loss. There are special considerations associated with international investing, including the risk of currency fluctuations and political and economic events. Investing in emerging markets may involve greater risk and volatility than investing in more developed countries. Due to their narrow focus, sector-based investments typically exhibit greater volatility. Small company stocks are typically more volatile and carry additional risks, since smaller companies generally are not as well established as larger companies. Property values can fall due to environmental, economic, or other reasons, and changes in interest rates can negatively impact the performance of real estate companies. When investing in bonds, it is important to note that as interest rates rise, bond prices will fall. High-yield bonds have greater credit risk than higher-quality bonds. The risk of loss in trading commodities and futures can be substantial. You should therefore carefully consider whether such trading is suitable for you in light of your financial condition. The high degree of leverage that is often obtainable in commodity trading can work against you as well as for you. The use of leverage can lead to large losses as well as gains.

This commentary often expresses opinions about the direction of market, investment sector and other trends. The opinions should not be considered predictions of future results. The information contained in this report is based on sources believed to be reliable, but is not guaranteed and not necessarily complete.